Posted in Blog by The Band 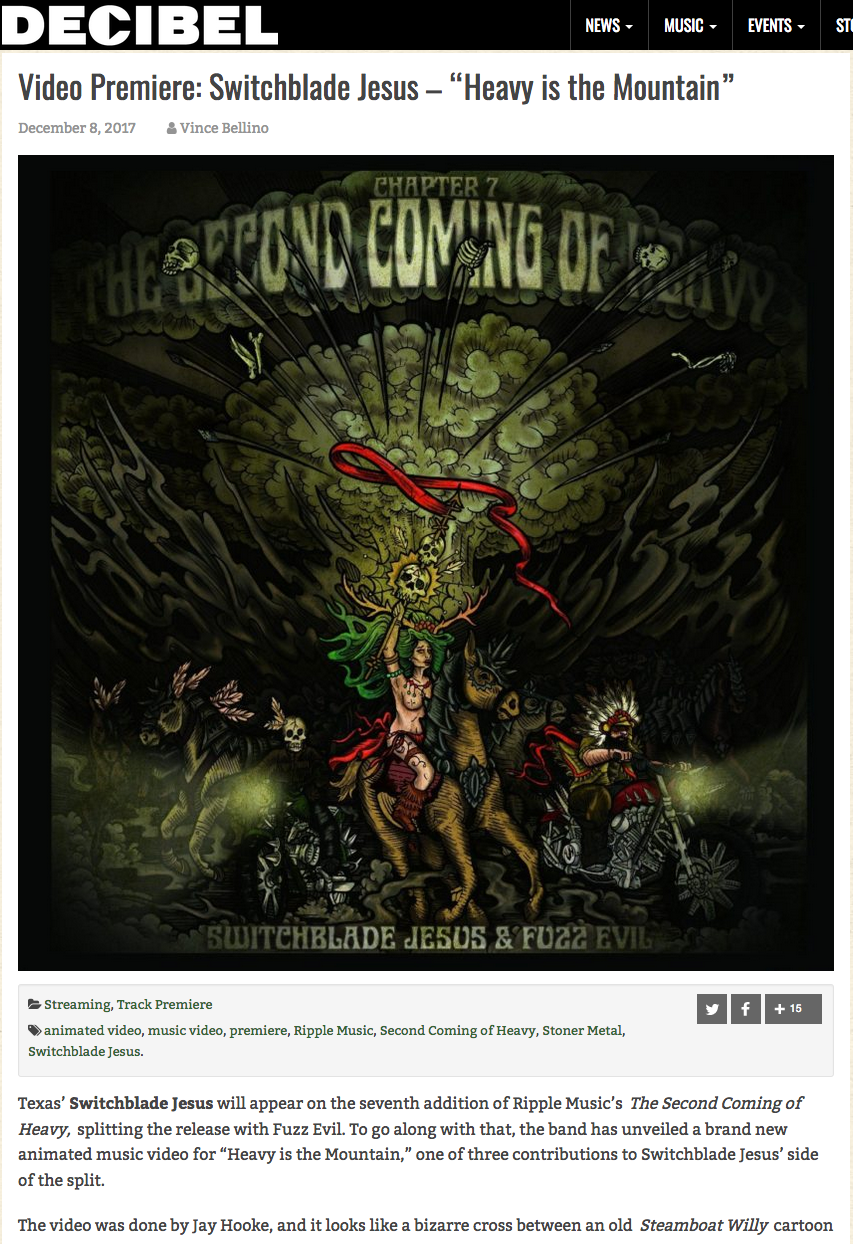 Posted in Blog by The Band

“The first half of the EP is dominated by the Black Sabbath-inspired Switchblade Jesus, whose music sounds like the soundtrack to a cyclone or some other natural disaster – trust me that’s a good thing. The first track Heavy is the Mountain shows us the band are not going to shy away from beating the listener’s eardrums senseless. Clocking in at 7:26, it’s a hell of an introduction. before some sweet soloing and a riff reminiscent of High on Fire introduces us to the second track Snakes and Lions which continues this trend for a further five minutes of impressive catchy grooves. We’re then treated to some Gospel…yes that’s right, Gospel. Because why the hell wouldn’t you sample The Louvin Brothers on a metal song? It’s weird, it’s innovative and, funnily enough, as the song happens to be ‘Satan is Real’ it’s not all that out of place for a band who sounds like the personification of the devil horns. I like it. I also like the sample of Anthony Perkins’ famous quote from Psycho “We all go a little mad sometimes…” which occurs later in the track.”